In January 2019 a workshop was delivered with Year 3s at Goosnargh Oliverson’s Primary School as part of Whittingham Lives, an arts and heritage project.

Historically, many people who lived in the village worked at Whittingham Asylum/Hospital when it was in operation. Some of those people still live in the village today. A slideshow with historical photographs of Goosnargh and Whittingham was shown to begin conversation about the past and present. The session focused on Whittingham as its own community and also the Whittingham Railway. One photo from the 13th November 1915 Preston Guardian Newspaper (Courtesy Lancashire Archives) showed a drama group who presented HMS Pinafore. It was clearly taken on the current school property by a recognizable fence. The children were very excited about this.

“Thank you for the interesting artwork, artefacts & photos to bring it to life. The children loved making the houses.” 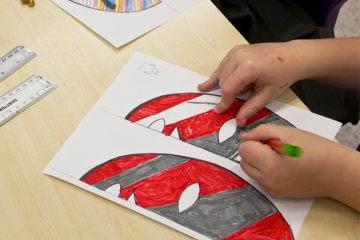 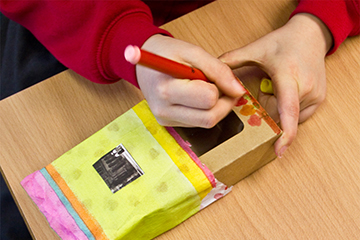 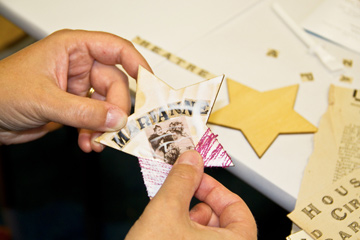 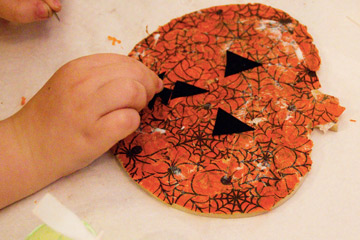 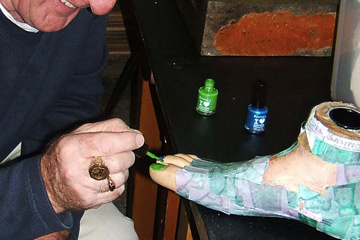 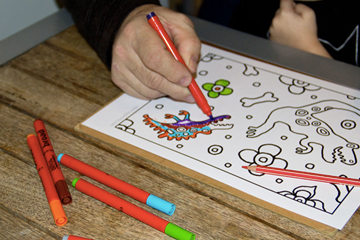 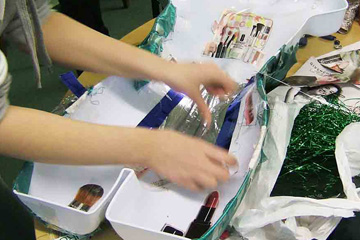 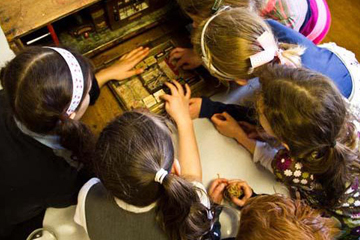 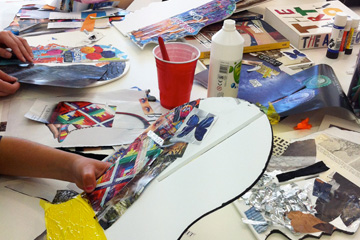 For the Grundy at FYCreatives

This website uses cookies to improve your experience while you navigate through the website. Out of these, the cookies that are categorized as necessary are stored on your browser as they are essential for the working of basic functionalities of the website. We also use third-party cookies that help us analyze and understand how you use this website. These cookies will be stored in your browser only with your consent. You also have the option to opt-out of these cookies. But opting out of some of these cookies may affect your browsing experience.
Necessary Always Enabled
Necessary cookies are absolutely essential for the website to function properly. This category only includes cookies that ensures basic functionalities and security features of the website. These cookies do not store any personal information.
Non-necessary
Any cookies that may not be particularly necessary for the website to function and is used specifically to collect user personal data via analytics, ads, other embedded contents are termed as non-necessary cookies. It is mandatory to procure user consent prior to running these cookies on your website.
SAVE & ACCEPT